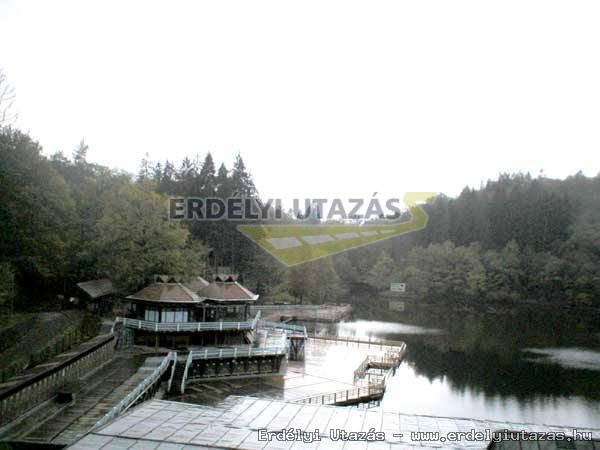 Sovata (Hungarian: Szováta) is a town in Mureş County, Transylvania, central Romania. As of 2004 the town had a population of 11,568.

Sovata is the northernmost settlement of the territory called Sóvídék (Salt Land), situated between the Corund stream and the valley of the Târnava Mică. It can be approached from Târgu-Mureş, Miercurea-Ciuc and Odorheiu Secuiesc on the 13A main road and from Reghin on a connection road.

The first data about Sovata are from 1578. By 1583 it already was a village. Due to its warm-water, salty lakes it became increasingly popular during the next centuries. It gained the status of town in 1952.

The geological events in 1875 gave birth to the Bear Lake, which is unique in Europe, its water being heliothermic and salty, with well-known therapeutic effects (for chronic gynecological symptoms, severe rheumatic pains, peripheral nervous system and post-accidental motor diseases). There are four more salty lakes: Nuts Lake, Black Lake, Red Lake and Green Lake. Between the two wars Sovata became one of the most fashionable spas in the country, visited several times even by the Romanian Royal Family.